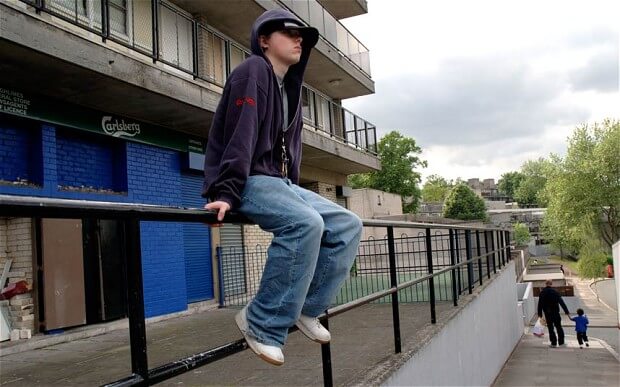 Has Growing Up Poor Affected Your Financial Decision-Making?

Did you grow up in an underprivileged household, sometimes barely scraping by? Did your family struggle, live paycheck-to-paycheck? Did you wonder when you were younger if things would ever get better, and then suddenly they did?

You may not realize that your childhood socioeconomic status can affect your finances later in life. It may seem strange to think about, but if you’ve experienced a rags-to-riches situation, you may still struggle with some apprehension in the money department as an adult.

Let me explain. According to a recent study published by the American Psychological Association, growing up poor can lead to a loss of your sense of control when you are faced with uncertainty. Those feelings are known to lead to dangerous behavior patterns later in life, such as spending to achieve immediate gratification.

On the flip side, if you grew up wealthy, you may tend to have a stronger sense of control over your life, which ultimately leads to better financial decisions.

According to psychologists involved in the aforementioned APA study, people see the ability to control the events in their lives as either being internal–meaning they have control–or external–meaning control is out of their hands.

For example, if a person with an internal sense of control failed a test, he may feel he didn’t study hard enough and would set his mind to improve his grade down the road. If he received an A on a test, he would view it as a reflection of being well prepared.

On the other hand, a person with an external sense of control may feel he received the bad grade because the test was poorly written or worded in a confusing manner. If he aced the test, he may attribute that grade to either good fortune or the teacher showing special favor.

Internal and External Sense of Control

As previously stated, your sense of control can also greatly impact your financial life. For example, psychologists believe its more probable for people with an external sense of control to acquire debt–no matter how wealthy they are. People with this type of mindset think nothing they do will have an impact on their situation; the bank is always in control. With that kind of philosophy, there’s no real reason to work toward erasing debt.

Those with an internal sense of control, however, realize all their financial decisions rest in their hands. This leads to them making more calculated, sensible financial choices.

According to the APA study, people who grow up poor are trying to protect themselves when they develop an external sense of control. They have a tendency of seeking an immediate, but smaller reward, rather than holding out for a larger reward down the road.

If you were barely scraping by financially early in your life, you may not trust that the world will treat you fairly even if you become wealthy as an adult. This can lead to the tendency of taking what you can when you can get it. It’s this type of impulsive attitude that can lead to debt and a constant struggle of getting ahead financially. Investing money to wait for a larger, later reward is a difficult task for those with an external sense of control.

An underprivileged childhood can also affect your persistence toward achieving your goals. Due to an external sense of control, you may have a tendency to give up on certain dreams at the first setback.

During the APA study, participants were asked to think about a moment of financial confusion before being given an impossible puzzle. Those that came from poor backgrounds gave up on the puzzle 25% sooner than those from more privileged situations. As evidenced from the study, the mentality, that “The world is too tough and I just can’t get ahead” can really have a negative effect on your financial situation down the road.

So how do you change your internal sense of control to gain more determination, and eventually, more financial success?

When authors of the APA study asked participants to recall situations where they felt in control of a situation, it helped them gain a stronger sense of confidence. Psychologists believe these positive feelings will ultimately lead to more financial success if people can maintain that mindset. Having more belief in your abilities will cause you to try more often.

If you tend to feel out of control when you are facing financial uncertainty, try to recall a time when you solved a problem in a manner in which you were pleased. If you focus on the memory of successfully overcoming an adversity when you’re facing a financial roadblock, it will help you maintain your sense of control and give you more determination toward solving the problem.

The great American author Napoleon Hill is famous for the following quote: “Anything the mind of man can conceive and believe, it can be achieved.” You got to where you are today because at some point, you believed enough in yourself to achieve your dreams.

Counting on yourself may be a difficult task, however, if your less-than-ideal childhood ingrained the idea that you have no control over your circumstances. Overcoming that mindset and changing your impulsive behavior can be difficult. But you set your mind to it by thinking positively instead of negatively, it is possible to reset your sense of control, which in turn can improve your financial future.