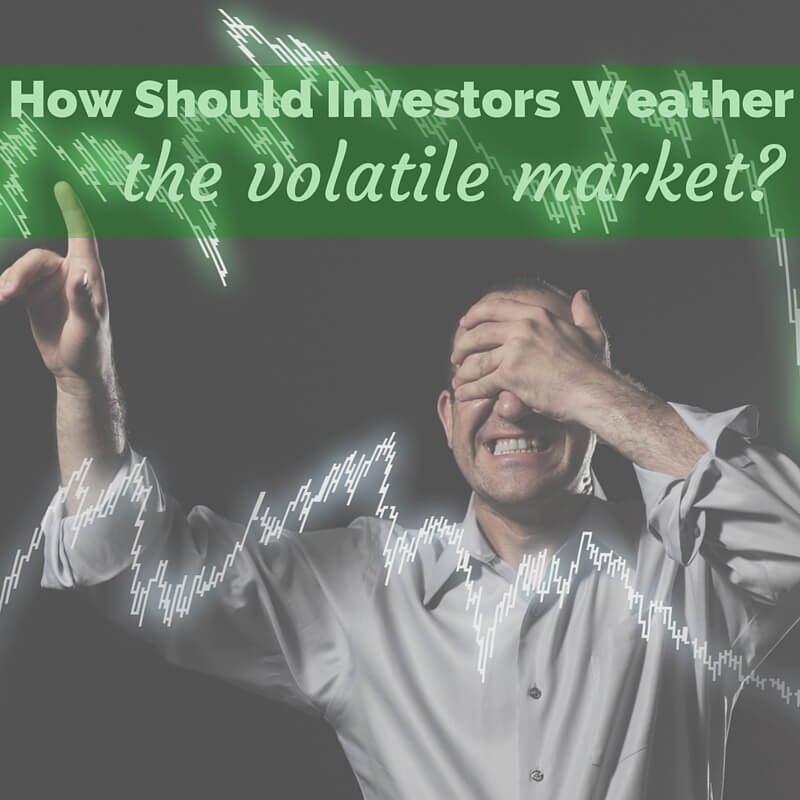 How Should Investors Weather the Volatile Market?

In the wake of the stock market’s whirlwind final week of August and the rocky days that followed, investors may wonder if things have finally stabilized enough to where they can breathe a sigh of relief. How exactly does one ride out such a volatile market, and what could it mean going forward? First, let’s take a look at what happened.

Gains for the major indices were difficult to fathom at the opening bell on Aug. 24, but few thought the Dow Jones Industrial Average would plunge 1,089 points as trading started. A new record was even established that day, as the blue chips had never fallen more than 800 points during any trading session.

In good news, the Dow, Nasdaq Composite, and S&P 500 were released from those opening lows that day, but the trio of indices corrected in intraday terms, plunging more than 10% from recent highs. At one point, the S&P 500 had dropped 12.5% from its May record peak.

As a testament to the market’s continuing volatility, the S&P 500 then swung up or down an average of 2 percent a day for more than two weeks through last Friday, while before Aug. 20, the 2015 average was around 0.6 percent. In 10 of the last 13 days, the benchmark has closed with a move of at least 1.3 percent.

While the market’s recent roller coaster ride has no doubt caused some concern, the truth is, corrections are a normal part of the ever-changing market. And while the extremes can cause anxieties to run high, they are not necessarily a signal to take your money and run.

In fact, Aug. 24 marked more than 1,000 days without a correction, which is unusual. The last correction was in October 2011, in the midst of the global economic recession, and was the culmination of a three-month market descent. Since the 1950s, the average length of a Wall Street rally without a correction has been 357 days, according to a recently published analysis.

Financial experts have said corrections are actually healthy for a bull market. The reason for this is because they act to remove speculators and reset P-E multiples, and they can also provide considerable buying opportunities.

Instead of a crisis, a correction should be considered a storm. While it’s difficult to provide protection against such storms when they are strong and come on suddenly, investors must remember market sentiment tends to stir them up just as much or more than fundamentals.

Can China cause a global slowdown?

Many investors can’t help but wonder if the effects of China’s significant economic troubles could have a lasting negative effect on the U.S. market. Factory output in the PRC plunged to a six-year low in July, causing concern that the world’s second-largest economy was settling into a weaker place.

The Shanghai Composite, China’s benchmark index, fell 11% during the week of Aug. 17-21. To make matters worse, China’s government failed to address the selloff that week, which resulted in an additional 8.5% loss for the Composite the following week. In response, major indices in Europe plunged around 5% and the Dow dropped triple digits.

But on Sept. 8, it was reported that had U.S. stocks had once again surged, with the S&P 500 Index’s second-best gain this year, after signs of stability returning to Chinese markets led global equities higher.

Could the market’s volatility signal an interest rate hike from the Federal Reserve?

Investors have been outspokenly confident the Federal Reserve will raise borrowing costs this year, and some believe important decisions may be made as early as at a meeting next week. Traders predicted there is a 28 percent chance the central bank will increase rates at this month’s gathering, down from 48 percent before China’s currency devaluation on Aug. 11. Odds of a move at the December meeting are 59 percent, according to data compiled by Bloomberg.

In the midst of a volatile market and the looming interest rate hike, it’s important to be patient. Investing is a long-term process that requires the perseverance to weather market storms. When U.S. stocks go so long without a correction, the appearance of one can be unsettling – yet often they are necessary, healthy occurrences in bull markets. By definition, corrections do not last long – certainly not as long as your retirement nest egg should last.