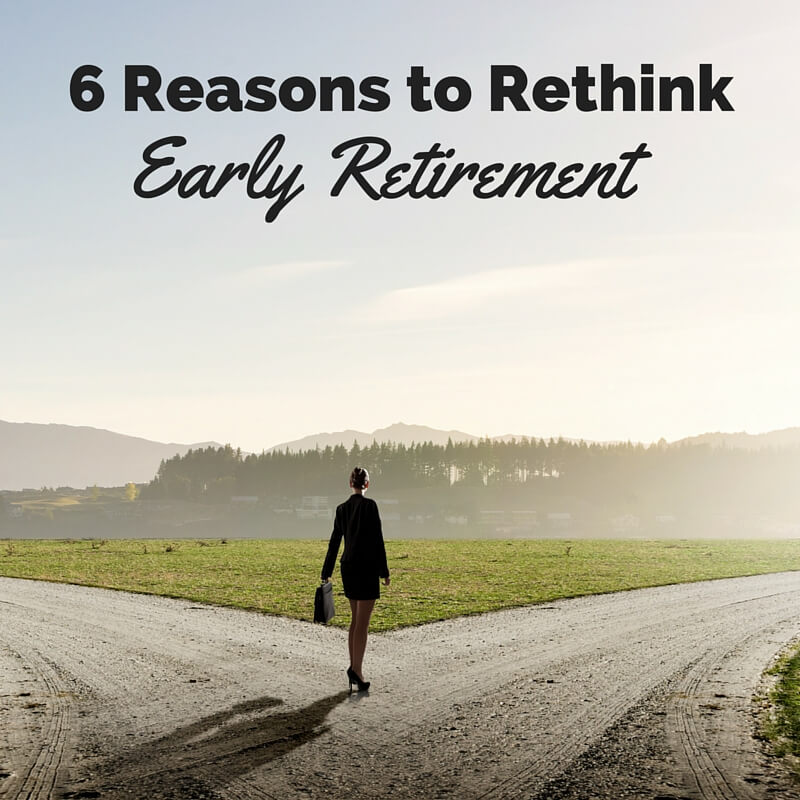 The light at the end of the tunnel of the economic downturn has caused many pre-retirees to think about jumpstarting their golden years a little early. But is this a smart choice?

It’s true: Wall Street is in the midst of a long bull run following the economic recession, which has caused many pre-retirees’ savings to recover to the point they feel they are ready for retirement. Before sailing off into the sunset, however, it’s wise to consult with a financial professional, as well as consider the following points to ensure you’re truly ready:

1. Working longer can be beneficial to the body and mind.

Giving up the intellectual and social aspects of the workplace can be difficult. Many retirees find they miss the daily collaboration with co-workers, as well as the mind-stimulating activities to which they were accustomed. In short, they have trouble finding an adequate replacement for such activities in retirement. It’s important to ask yourself whether you’re truly ready to give up your career, and all the perks that come with it.

Staying employed until full retirement age may even help you ward off significant health risks. Research shows suicide rates are highest for those 70 and older. Also, a recent study by INSERM (France’s national health agency) concluded those who left the workforce at age 60 were at a 15% greater risk of developing dementia than those who retired at 65. The study sample consisted of 429,000 retirees and pre-retirees the agency had tracked for several years.

2. Retiring earlier than your spouse could cause issues.

If your spouse plans to continue working for a period of time while you’re already retired, it could negatively impact the plans you share for your golden years. You may become frustrated your spouse isn’t as free as you are to participate in family and/or leisure activities. It’s also important to consider older children or other relatives that may be living with you and how your early retirement decision may impact them.

3. The state of the market could have an impact on your savings.

Before deciding on early retirement, it’s important to research how the state of the market may impact your nest egg. Timing is important when exiting the workforce, since you will most likely count on those funds to sustain you through your golden years. If there has been a severe economic downturn, or you’ve experienced a business or health crisis, be prepared to utilize an emergency fund or other assets in order to take care of such issues. Being financially prepared before entering retirement is essential.

4. Insurance costs can be higher for early retirees.

Remember you’ll no longer have the company insurance plan after you retire, and if you’re younger than 65, Medicare will not yet cover your medical costs. That leaves you with the pricey option of obtaining private health insurance (unless you are able to be added to a spouse’s plan that is still working). A serious illness on top of that could put a further substantial dent in your savings. It’s wise to calculate various health and insurance scenarios before you retire to decide whether you can afford to go this route.

5. Early retirement increases the risk of outliving your savings.

When you retire 5-10 years early, that’s a sizeable chunk of time for which you’ll have to account in your savings. Go through your plan with a financial professional to make sure you’re not in danger of outliving your nest egg. Such events as economic downturns, major medical costs, and immoderate withdrawals from your retirement accounts can all be factors in a savings shortfall.

Your retirement goals should include having sufficient savings, as well as a plan to stay physically and mentally active and socially involved. Examine your situation closely to see if it may take longer to achieve those targets. If that means waiting a few years before you leave your job, you may thank yourself later.

Ideally, you retire with adequate savings and a plan to stay physically and mentally active and socially engaged. Waiting a bit longer to retire might be good for your wealth and health.