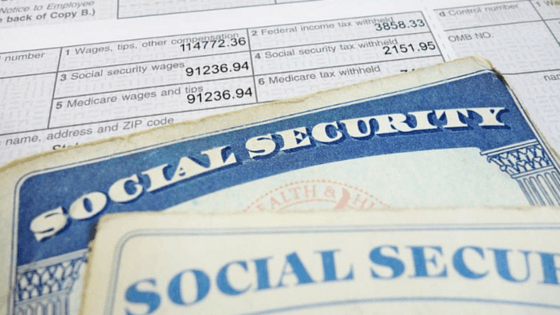 Federal income taxes are often in the news. What you don’t often hear about, however, are Social Security taxes. It’s ironic they are so much less talked about, considering their just as expensive. In some cases, they're even more costly than the former tax. With that in mind, let’s take a look at some of the lesser-known facts about the Social Security tax that are important to understand:

1. There are no individual Social Security accounts

You’ve been faithfully paying Social Security taxes on your wages or self-employment income for years—maybe decades. So doesn’t that mean the government has a personal account set up in your name to be distributed in retirement? Unfortunately, no. The government gives its word that you’ll receive the Social Security payments you are owed upon retirement. But that doesn’t necessarily mean that promise will come to fruition. In fact, the Social Security Administration’s 2016 report on the system’s financial status predicted it would not be able to pay all its debts to consumers by the year 2034.

The Social Security Administration made some recent Social Security tax ceiling predictions for 2018 and beyond. It’s safe to say they’ll be increasing at a steady rate. Also, these numbers are just rough estimates. So they could end up being even higher.

If these numbers become a reality, the maximum Social Security tax hit on wages or self-employment income in 2024 would be $21,650 (12.4% x $174,600). And that’s only if Congress doesn’t increase the tax rate, which is a real possibility. There’s also a good chance the ceiling could be increased even more than these numbers. It could even removed entirely. If there’s no ceiling, you would owe Social Security tax on every dollar of wages or self-employment income you earn.

3. Social Security taxes can be a significant hit to your paycheck

My advice is to invest and save as if Social Security didn’t exist–especially if retirement is still far away for you. Talk with a financial professional that can help you come up with appropriate retirement savings goals without depending on Social Security as a source of income. That way, if it does end up coming through, you’ll have more than enough to last you through your golden years.