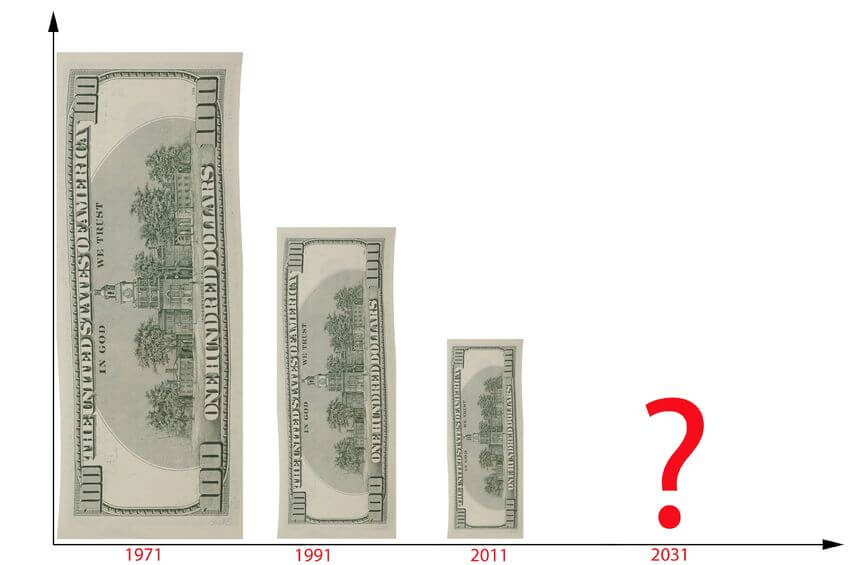 How Will Inflation Impact Your Retirement Savings?

Have you considered the impact of inflation when planning for retirement? This concept, known as “The Invisible Tax,” can put an unexpected dent in your savings if you fail to make an appropriate income strategy for your golden years.

While Inflation, which is a general increase in prices and fall in the purchasing value in money, may cause workers to put more money away for retirement, it can also result in savings running out sooner than originally anticipated. For this reason, it’s even more important to focus on various income increasing strategies.

As contribution limits continue to increase for investment vehicles such as 401(k)s and IRAs, workers will have the opportunity to save more, but the continuing increase in cost of living could cause those extra funds to become less effective in boosting retirement accounts.

A recent financial study revealed that middle-class Americans have saved a median of $20,000 as of 2014, down from $25,000 in 2013. While this group of individuals anticipates needing a median savings of $250,000 for retirement, they are currently saving only a median amount of $125 per month.

While these numbers may seem alarmingly low, the silver lining is that many people at least realize how vital it is to put a retirement income plan into action. While only 28% of survey respondents in the aforementioned study said they had a written financial plan for retirement, this number was higher for people between the ages of 30 and 39, jumping to 34%.

Research reveals that people with a savings plan in writing typically save more per month than those without one, and that having a plan makes a “sizeable difference” in the amounts saved each month.

The bottom line: Regularly meet with a financial expert that can help educate you on effective ways to manage your money and plan for retirement. The more strategies you have for investing and saving, the more likely you are to have enough funds to last throughout your golden years.