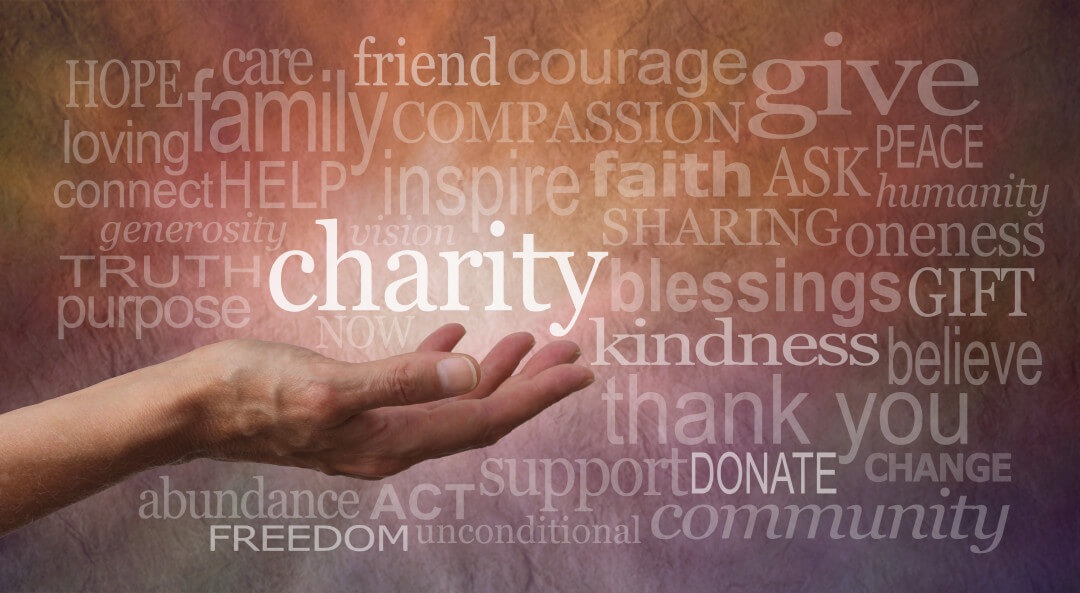 You don’t have to be a big ticket donor like Bill Gates or Mark Zukerberg to make a meaningful impact on an important cause. While there are thousands of needy charitable organizations out there, and it may seem overwhelming to know which ones to devote the little funds you have to give, it’s comforting to know that even small donations go a long way.

According to the 2015 Giving USA report, the average household donated $2,030 to favorite causes last year. In the grand scheme of things, that’s not a whole lot of money, but it’s still enough to keep these organizations afloat–and cause many of them to thrive. With that in mind, let’s take a look at some practical ways you can give in small ways to the charitable causes that you love.

Yes, you should proceed with caution on this one and make sure it’s a reputable source before donating since there have been some fraudulent cases reported, but done the right way, text donations can make a huge impact.

In 2010, the Red Cross launched a text-messaging campaign to help raise money for disaster relief in the wake of the earthquake in Haiti. People texted the word “Haiti” to a short code, and they were able to donate $10 to the cause, which appeared as a charge on their cell phone bill.

The campaign raised a staggering $43 million, which proved the power of mobile giving and caused many other organizations to follow suit. Today, hundreds of organizations accept text donations year-round. To see if your charity of choice offers such an option, visit MobileGiving.org.

Note: If you are wary of donating online or via text to charities due to the possibility of a scam, read this Federal Trade Commission article for a checklist of signs of a charity scam, as well as checklist of precautions to make sure your donation actually benefits the people and organizations you want to help. You can also do your research on sites like Charity Navigator, GuideStar and Give.org to see if your money is going to a nonprofit that will use it in an efficient and transparent way.

2. Take advantage of the power of crowdfunding

What if there’s a cause you want to encourage others to support, but it doesn’t fall under a particular organization? I’m referring to situations such as helping a family with a medical crisis, or setting up a memorial fund for a loved one.

Luckily, platforms such as Crowdrise and GoFundMe have made it easy to set up a website where people far and wide can donate to your own personal causes. (Check out this list for more top crowdfunding sites.) The one downside to this type of given his that only contributions to qualified nonprofits are tax-deductible.

As I mentioned in my introduction, when added together, even small donations to these sites can make a huge difference. If you give a modest donation of $10, but encourage friends and family to do the same, you may be making a much bigger impact than you realize. One prime example of the power of crowdfunding is when a fund was set up to complete the base of the Statue of Liberty. The project was completed with the help of more than 120,000 donors—most of whom donated $1 or less.

3. Make an impact with your purchases

Perhaps you’ve heard of the option of buying a meaningful gift for someone while also benefiting a charity, but your’e not quite sure where to start.

Here’s what you need to know: Charitable-shopping portals like Amazon Smile allow customers who buy through the site to have 0.5% of their purchases donated to a 501(c) charity of their choice. There are nearly a million options to choose from, including the ASPCA and the Wounded Warrior Project.

Other charitable shopping sites to consider include iGive.com, GreaterGood.com and TOMS Marketplace (from the people behind TOMS shoes, a company known for donating a pair of shoes for every pair sold). Even if you don’t see a product you like on any of the aforementioned sites, you can still make a difference by using socially conscious search engines.

GoodSearch, for instance, donates a portion of its advertising search revenue to your favorite charity every time you use it to look something up. Sleedo donates rice to the poor for every search, and The Eco Key donates part of its revenue to organizations that remove litter worldwide.

A microloan is the act of providing financial assistance to under privileged individuals who may not have access to things like credit or loans.

Nonprofits such as Kiva and Accion provide an easy way to make these types of loans in amounts as little as $25 to entrepreneurs around the world who want to rise above their circumstances. For example, you could help someone in Africa start a coffee shop, or provide financial assistance to a farmers market business in South America. Remember, however, that these donations aren’t tax-deductible, since the expectation is that you’re getting the money back. But the good news is that once you’re repaid, you could use those funds to give a microloan to another individual.

The bottom line: Hopefully by now you realize there are many ways to give, and even small donations can make a major impact. Just make sure you do your research and support causes that are both important to you and have positive reputations for being responsible with their donations.

5 Neglected Estate Planning Basics That Can Lead To Big Trouble

4 Tips For Properly Leaving The Vacation Home To Your Heirs