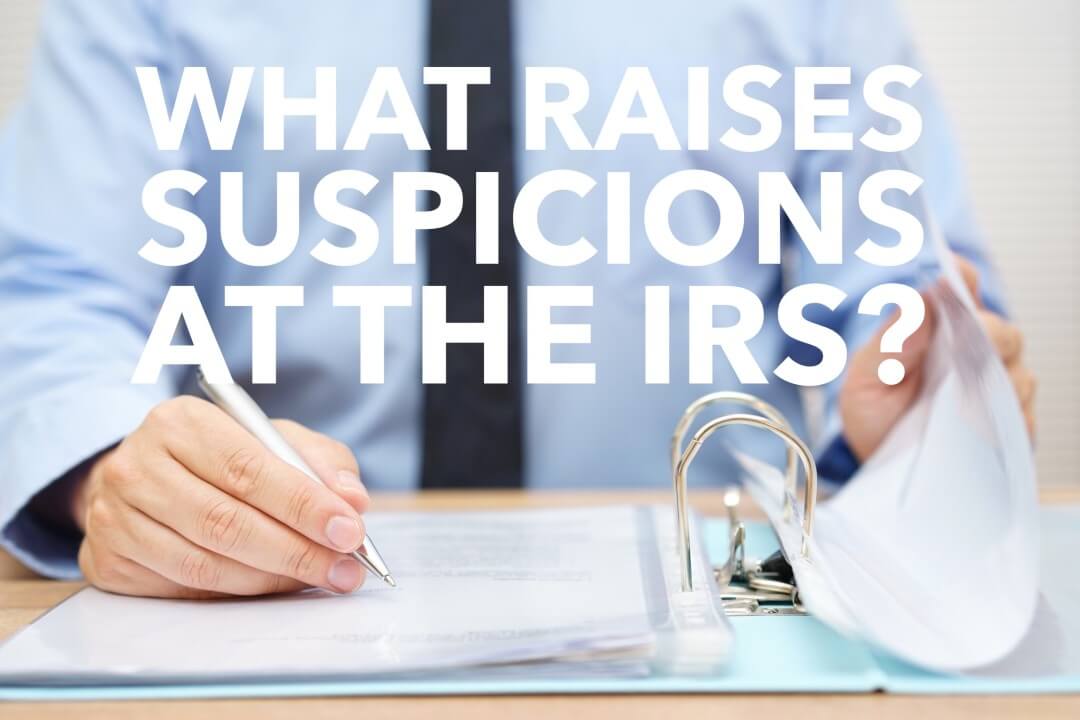 What Raises Suspicions at the IRS?

It’s the question lingering at the back of many minds: what if I am audited?

In reality, it’s a fairly irrational fear, as a mere 0.86% of taxpayers and 7.5% of millionaires had their federal returns scrutinized in 2014. The main reason for the low percentage of audits stems from low staffing at the IRS. As a contrast, in 2011, when times were more prosperous at the agency, the IRS audited 1.11% of all returns.

In spite of the low number of people being audited, it’s helpful to determine whether you could be one of them. Following is a list of instances that could raise red flags for the IRS to take a closer look at your returns.

Extravagant social media posts. Yes, that’s right. The IRS does use social media to further analyze some of its taxpayers they wish. IRS investigators know how to check out DMV and employment records to get a better view of a potential errant taxpayer. If you are frequently posting pictures that portray your wealth on Facebook, Twitter and Instagram but your returns don’t reflect that kind of a bankroll, the IRS may become suspicious.

Substantial deductions. If your small business venture routinely loses money each year, it may signal that it’s a hobby instead of a valuable investment. Also, anytime you donate large amounts of unusual items or funds to charities, make sure you have the receipts to prove it. The IRS regularly analyzes returns for deductions that seem unrealistic.

Poor accounting. The IRS most certainly searches for mathematical errors on returns. It also discovers unreported and underreported taxable income through the same investigative process. The IRS claimed 2013 taxpayers and preparers made 2.3 million math mistakes on their federal returns. These include general errors, as well as incorrect calculation of income and missing information.

Taxable income of $1 million or more. If you’re a high net worth individual, it’s especially important for you to secure a trustworthy accountant. As a general rule, returns by tax professional are scrutinized far less than those done by taxpayers. If you will make around $1 million this year, ask a tax or financial professional whether it may be smart to defer some potentially taxable income into next year.

A Schedule C that signals faulty bookkeeping. Schedule Cs get scrutinized annually as the IRS strives to resolve the tax gap (difference between federal taxes owed and federal taxes paid). As Schedule Cs are often filled out by solopreneurs and small business owners themselves, the chances go up for claiming substantial deductions that may be hard to substantiate.

Bottom line: Keep it simple. To avoid being audited, file early and accurately. Keep all important receipts and other pertinent papers in a specific file so you’ll know exactly where they are come time to file. Spend a little time each month organizing your financial matters so taxes can remain a relatively painless process.