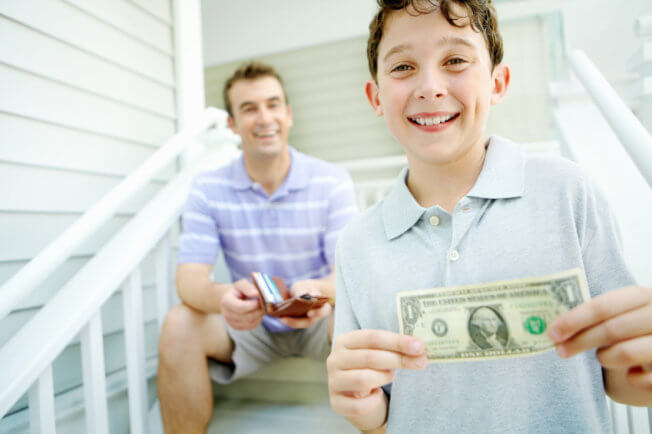 Financial Literacy for Children: What You Should Know

Did you know the current lack of financial literacy in today’s society could put your children in danger of making some serious financial blunders?

Surprisingly, the U.S. Department of Labor reported women are most at risk. The organization cited that just 45% of working women ages 21-64 have a retirement plan.

The DOL also noted more women work in part-time jobs and may feel they don’t make enough to save for their golden years. Women are additionally more likely than men to put their careers on hold in order to raise children or care for aging parents, thus putting a halt on their retirement savings.

Since money can be a daunting and confusing subject to many, even well into adulthood, early education is key. In the book “The Opposite of Spoiled,” New York Times  money columnist Ron Lieber suggests having an openness in communication with children about money at a young age. If finance is discussed with less facts and figures and more as an emotional issue, parents will likely have more success communicating key concepts with their children, he said.

The science behind the emotions that surround money is particularly interesting. Duke University’s Personal Assistance Service is one of many mental health organizations that have special literature that pertains to this phenomenon. The university cited an American Psychological Association survey states 80% of Americans experience stress related to money, and that half of Americans worry about their ability to financially provide for their family.

While money may be an ever-changing factor in our lives depending on our circumstances, if we are taught healthy emotional habits early on, we will be better equipped to handle the uncertainties that lie ahead.

Honest discussions with your children about their emotions toward money and how they will approach the subject in both good times and bad can help make the subject seem less scary and, in the process, improve their financial literacy.

Education is still vital. Obviously money is much more than an emotional issue. Feeling at ease with such a subject doesn’t guarantee you’ll master it, but it does make it easier to learn.

An interesting 2014 study by the Organization for Economic Cooperation and Development revealed U.S. students had a mediocre financial literacy score. The organization tested a total of 29,000 students aged 15 from 18 member countries or economic regions. Students in top-scoring Shanghai had the highest average score at 605, while the lowest average score belonged to 15-year-olds from Colombia at 375. The average score for U.S. students was in the middle at 490.

Several different factors may have contributed to the lower scores. For example, the study claimed those with more proficient math and reading skills had a better financial head knowledge, but not necessarily a better ability to handle money. Students that said they enjoyed solving complex problems earned higher scores, however.

Perhaps the takeaway of the study is to regularly provide our children with a variety of educational resources, as well as hypothetical scenarios where they can troubleshoot money issues. That way they’ll be better prepared when they face the same situations down the road.

Two helpful online financial resources geared toward teens and young adults are the Ad Council and American Institute of Certified Public Accountant’s national campaign, Feed the Pig, and The Mint. Encourage your children to start reading such materials today so they’ll be better equipped to achieve a financially healthy future.